Mixed weather could make for an interesting week

White-winged Lark and Rufous Bushchat was always a long shot but a Sardinian Warbler and Blyth’s Pipit did their best to represent southern and eastern overshoots this week.

It has been very much a stop-start week as far as visible migration is concerned, with a few days when both grounded migrants and birds moving overhead occurred in good numbers.  Reed Warblers turned up bang on cue, whilst early in the week 400 Wheatear and around the same number of Willow Warbler were grounded at Portland Bill, Dorset. These birds occurred in classic fall conditions, clear skies over the French coast, prompting them to leave and a bank of drizzle on the South coast of England, forcing them to land.

It seems that there is a good chance of these conditions being repeated again at times this week, although the banks of rain may occasionally span the whole Channel and bring migration on the south coast to temporary halt. This will not be the case across the whole of the country though and there are some promising conditions for arrivals on the east coast. Easterly winds and showers forecast at least through to Monday/Tuesday on the English coast, and clear conditions on the other side of the North Sea, could result in migrants grounding from Norfolk to Shetland – where and when exactly will be determined by the local conditions on each day. If I could choose where to be over the next few days, in anticipation of a fall of spring migrants, I would choose Shetland on Saturday morning, Spurn Point, Yorkshire on Sunday morning, and the Norfolk/Suffolk coast on Monday morning.

Sunday morning on the west coast could also be interesting too. As a front moves in from the south-west it could also bring some skuas and terns with it, so, seawatching could be the order of the day.

So what might we expect? Well, pretty much more of the same. Swift numbers remained low this week but should increase rapidly next week. Spotted Flycatcher and Garden Warbler numbers should also increase but Hobby ought to be the bird of the week.  We have had our first Montagu’s Harrier, with the easterly airflow this week we could see a few more of these too.

The surprise rarity of the week has to be the male Northern Harrier that was seen over Portland, Dorset. Presumably this was a bird that arrived last autumn and wintered somewhere on the continent, and is making its way back north for the summer. It is interesting to think where this bird will spend the summer; maybe it will try to pair up with a Hen Harrier north of the border.

With the conditions forecast to be changeable it is difficult to say what we might get in terms of any rare or scarce migrants but Bluethroat, Wryneck and Red-rumped Swallow should be in the mix and, maybe an early Black Stork will put in an appearance.
Posted by Anonymous at 16:56 No comments: 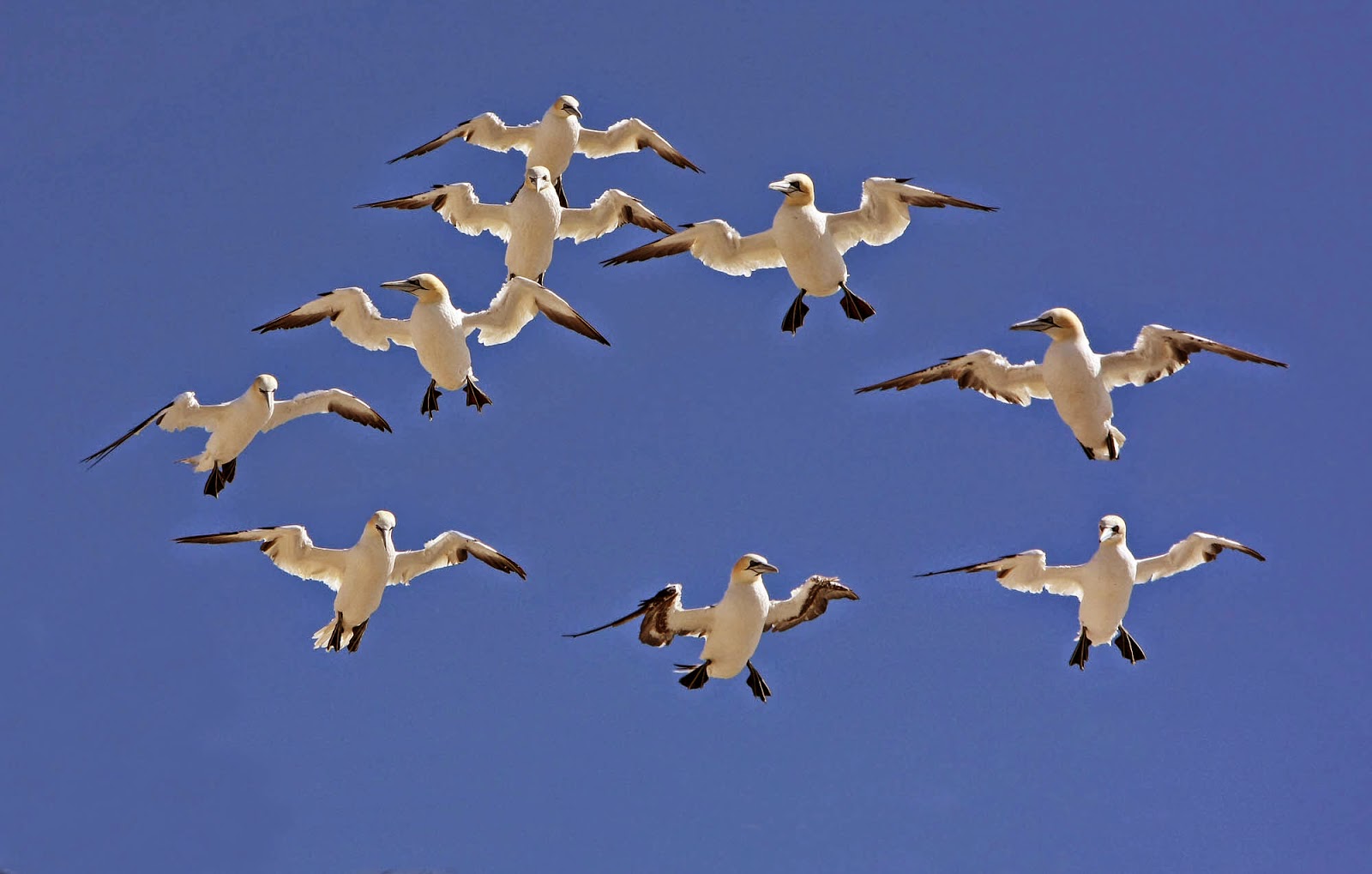 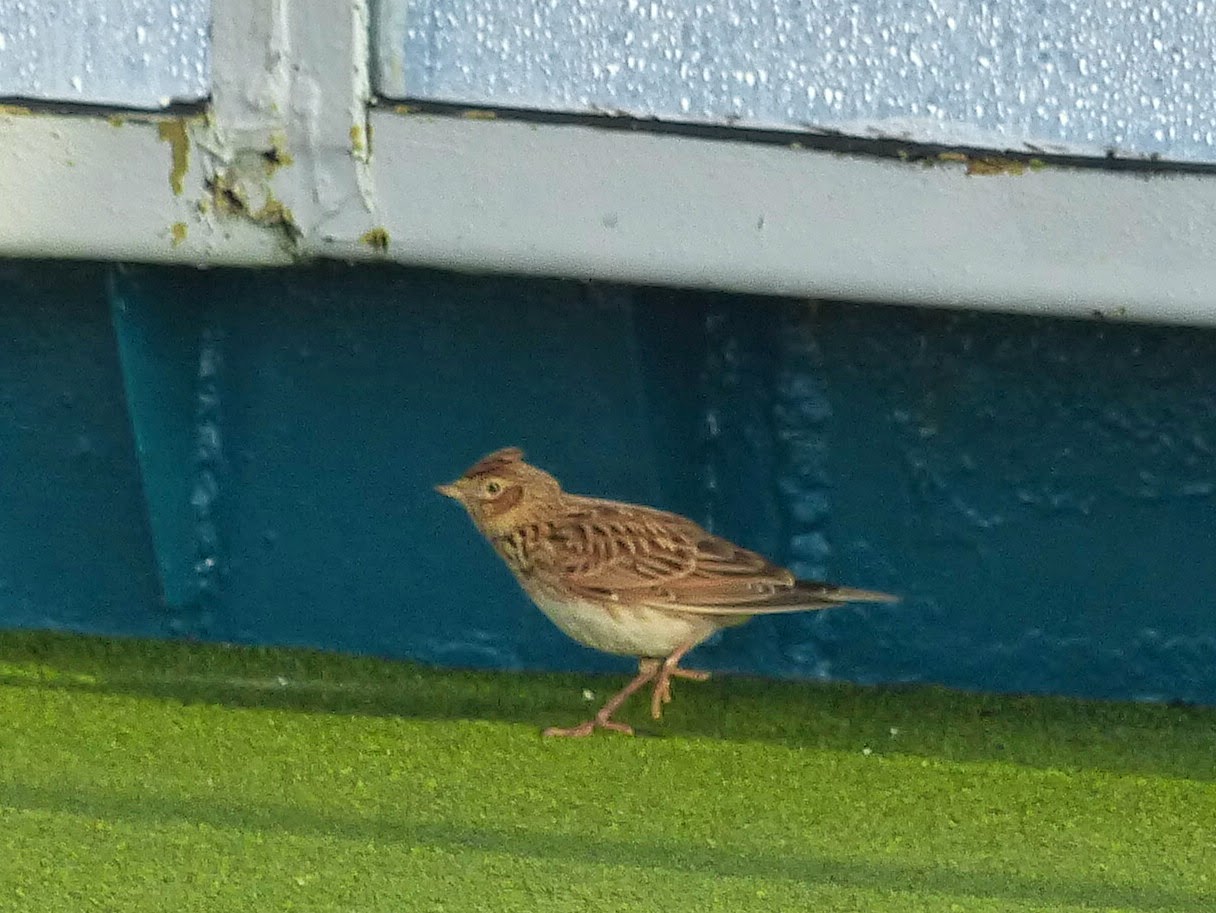 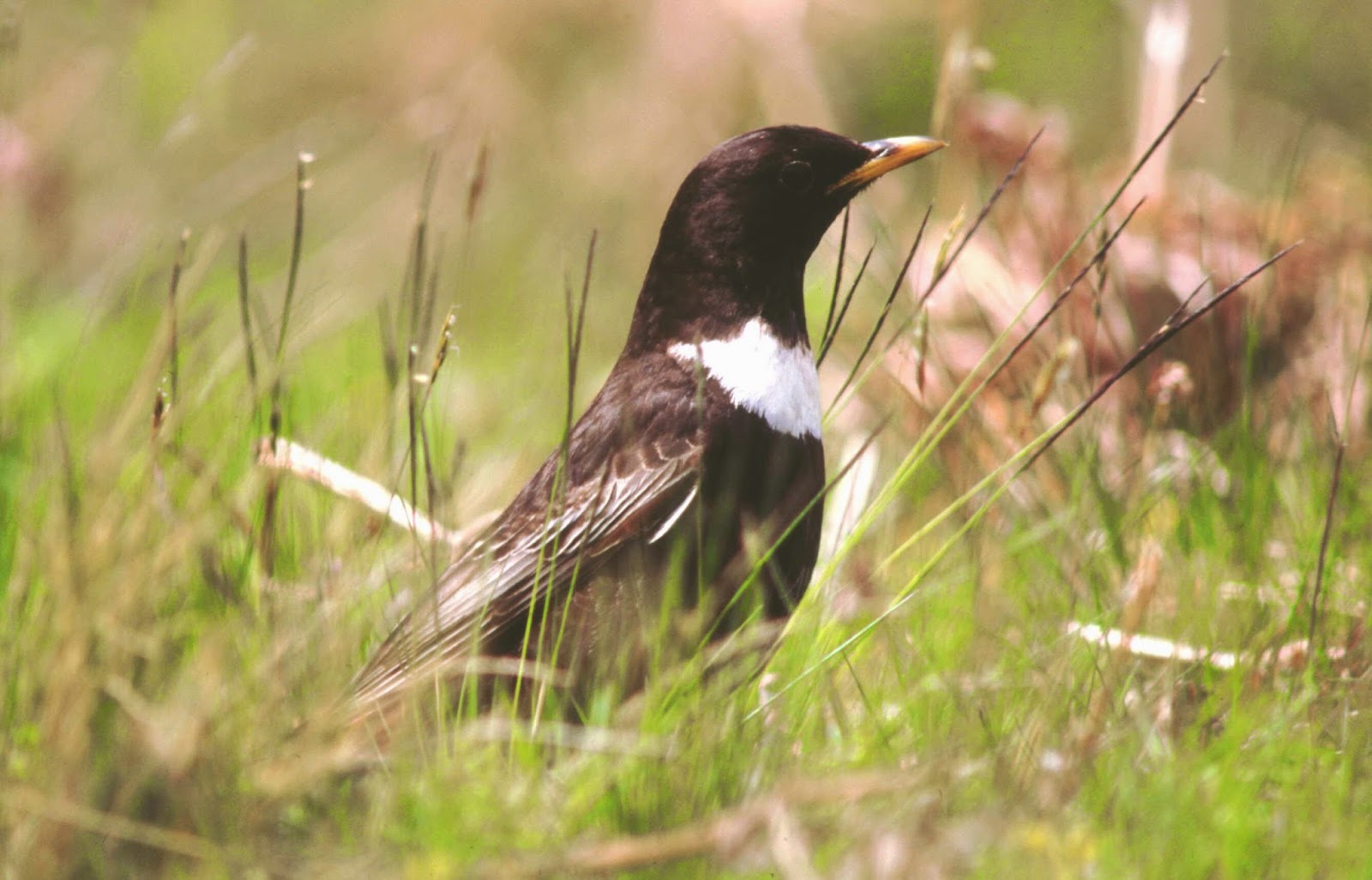 On the scarcity/rarity front, with east/south-easterly wind forecast for the early/middle of the week we could be in for a treat with an eastern flavour. White-winged Lark is well overdue, as is Rufous Bush-Chat. We can but dream.
Posted by Rachel at 10:46 No comments:

Still not exactly flooding in

The spring migration momentum has picked up quite a bit this week with Swallows, Blackcaps and Willow Warblers leading the way. However, birds haven’t exactly been pouring in. With high-pressure extending all the way from Spain to southern Britain, the conditions looked ideal for birds that were being held-up further south to make their move, and of course those that were already well on their way did, resulting in a fresh arrival of Grasshopper Warblers, Redstarts, Pied Flycatchers and the first few Common Sandpipers and Lesser Whitethroats, the numbers were on the relatively low side though considering the weather conditions. It seems that birds might have been held-up much further south by strong north-westerlies in southern Spain/North Africa.

The conditions did, however, bring in the predicted Black Kite; a bird flew along the North Norfolk coast on 9 April, being seen at several sites on the way. Three Red-rumped Swallows also overshot this week.

Britain is going to be blessed with high-pressure again next week but the wind is largely going to be from the north/north-west and could be pretty stiff at time. There will be periods of very light northerlies though and, at this time of the year these conditions can result in some of the largest arrivals – it seems that migrating birds are more in control flying into a headwind than with a tailwind. It is going to be a game of two halves though – whilst southern Britain enjoys light winds, warm temperatures and reasonably dry conditions, northern Britain will be experiencing strong westerly winds, relatively cool temperatures and, at times, heavy rain.

So, what might we expect? For south coast visible migration watchers, Saturday looks like the day to be out and about. A weak front is forecast to move south overnight on Friday and could produce murky conditions for a brief period, possibly grounding any migrants that left northern France in much better conditions. This could also be repeated on Sunday into Monday and again Wednesday into Thursday.  In between, when the conditions are a little more settled, we might just see the floodgates finally open and enjoy a variable host of long-distance migrants. Whitethroat could be the most obvious arrival, along with Sedge Warbler and House Martin, and as for scarce migrants, Purple Heron is my prediction.
Posted by Anonymous at 17:20 No comments:

Whilst there has been a lot more migration action during the last week, the floodgates are still to open. That said, Chiffchaff and Blackcap numbers definitely increased markedly this week and the first flush of Willow Warblers also occurred pretty much on cue, and neatly illustrated by the BirdTrack graph below.

A few more Redstarts, Grasshopper, Sedge and Reed Warblers were seen, along with the first Pied Flycatcher and Tree Pipit. There have been a few more reports of Cuckoo, none of them concerning any of the BTO satellite tagged birds, the first of which is crossing the Sahara as I write and is currently just south of the border between Mali and Algeria. By this evening, if all goes well, he should have completed what must be the most arduous part of the migration back to the UK. You can follow his and the other birds journeys here.

Departing winter visitors are still a feature, with flocks Redwing, and in particular, Fieldfare, occurring in good numbers. A flock of 150 Fieldfares were on my local patch at Lakenheath mid-week. So, now is a good time to get out and help the BTO chart the thrush departure as part of the Winter Thrushes Survey. The survey closes in mid-April. Another local feature this week was a small flock of around a dozen or so Brambling in a small beech wood in Thetford Forest in full song.

As predicted, inland waterbodies were well worth checking this week, Common and Velvet Scoter - sometimes in small flocks - being found at several sites. A Blue-winged Teal was found in Northamptonshire, but pride of place has to go to the Baikal Teal found in Cambridgeshire. Whether it is a genuine vagrant might be open to debate but the timing is good and another drake was found in Belgium this week. Whatever the final decision is won’t detract from the stunning beauty of the bird.

On the scarcities front, another Great Spotted Cuckoo was found in Devon, and a handful of new Hoopoes also arrived.

So, what might we expect this week? Things are likely to continue in the same vein for the first part of the week, however, high-pressure is forecast to build over southern Europe around mid-week bringing very light south-westerly winds from North Africa to northern France. Anything that has been held up in poor weather and strong winds over the last few days in northern Spain/southern France, will begin to move north and we might finally see the floodgates open. Southern overshoots are also definitely on the cards from Tuesday onwards. Black Kite and Woodchat Shrike are my guess.
Posted by Anonymous at 16:34 No comments: